Why you should visit India

Exciting and colourful, charming and chaotic, India is an assault on the senses. And with impressive sights, magnificent wildlife and idyllic scenery on offer, it’s easy to see why so many travellers are adding it to their list of must-visit destinations. From north to south, here’s our round-up of some of the most popular places to go.

The northern city of Delhi

Many people begin their discovery of India in the north, in New Delhi, the capital city designed by British architects Sir Edwin Lutyens and Sir Herbert Baker. Take a journey along the elegant boulevard – the Rajpath – to discover some of the city’s most impressive landmarks. At one end, the colossal 42-metre-high India Gate archway commemorates thousands of fallen Indian soldiers. Towards the other end, parliament meets in the impressive Sansad Bhavan, a circular, colonnaded building. In complete contrast, the 17th century walled city of Old Delhi is crammed full of narrow streets, alleyways and busy bazaars. Climb aboard a cycle rickshaw and weave your way through the crowds to see highlights including the red-sandstone Jama Masjid Mosque and Raj Ghat, a memorial to Mahatma Gandhi.

Delhi is one stop on the popular Golden Triangle route, but if you choose to follow this well-trodden path, your journey will also take you to two other fascinating cities.

Agra lies on the banks of the Yamuna River and is best known for two unmissable attractions. Surrounded by classical gardens, the incredible Taj Mahal is a shimmering white-marble architectural wonder built by the Emperor Shah Jahan as a memorial to his beloved wife. Many people choose to visit at dawn to take in its beauty as the sun rises. Just a short distance away, the Agra fort is where Shah Jahan was later imprisoned, when power was seized by his son.

Colourful in so many ways, the powder-pink city of Jaipur is a showcase of Rajasthani and Mughal architecture. The striking beehive-like Hawa Mahal, or Palace of the Winds, is one of many astonishing sights. Another is the hilltop Amber Fort, a 17th century masterpiece which houses the glittering Sheesh Mahal or Palace of Mirrors. 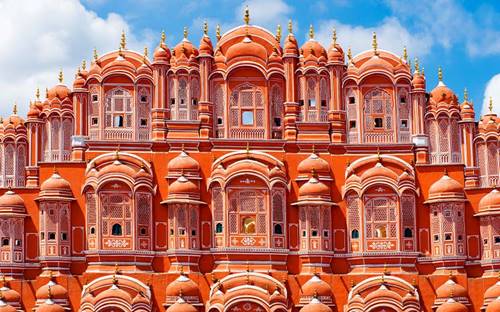 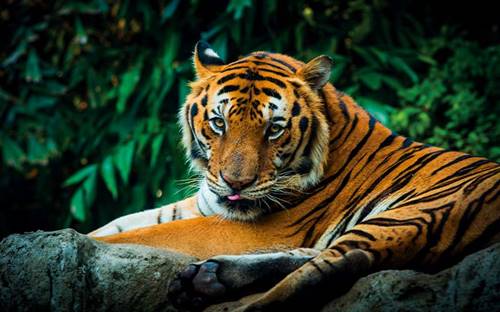 Lovers of nature should be sure to visit Ranthambore National Park. Covering almost 400 square kilometres, it was once the hunting ground of the Maharajas of Jaipur and is now home to an impressive array of wildlife. Its most famous resident is the Bengal tiger, solitary animals which use their distinctive coats as camouflage as they lie in wait ready to pounce on their prey. They can be difficult to spot, so you will need to keep your eyes peeled, but a safari in Ranthambore may also reward you with sightings of crocodiles, hyenas, leopards and much more.

Further south, in the state of Karnataka, cosmopolitan Bangalore is one of India’s most forward-thinking cities. Here, Victorian-style architecture is interspersed with tranquil parks and tempting restaurants, and it’s a great place to spend a day or two.

Within reach of Bangalore, the small town of Belur is home to ancient Hoysala temples. The Hoysala Empire ruled this region between the 11th and 14th centuries and the beautiful buildings they created are adorned with intricate carvings of birds, animals and gargoyles.

The small hill station of Coorg is also worth a visit. Its highlights include The Omkareshwara Temple – an ancient shrine dedicated to the Hindu god Lord Shiva – and the spectacular Abbey Falls. Set amid a blanket of lush green vegetation, the spectacular sight and sound of water tumbling over a 20-metre-high cliff really is something to behold.

The charming city of Mysore in Karnataka is steeped in royal heritage. Once the capital of the Wodeyar dynasty, it is overflowing with magnificent buildings. The palace here was designed by Englishman Henry Irwin and is said to be the second-most-visited sight in India, after the Taj Mahal. Inside, an ostentatious display of stained-glass windows, mosaic floors and vibrant colour awaits, along with a collection of armoury, sculptures and artefacts.

Karnataka is also one of India’s principal coffee-producing regions and a tour of a plantation will tell you more about the history of coffee in this region.

The delights of Kerala

Cochin is the seaside capital of Kerala, a tropical paradise in India’s south-western corner. The city is your gateway to aromatic spice plantations, serene beaches and the famous backwaters – an intertwined network of waterways meandering through paddy fields and picturesque scenery. Soak up their charm on a cruise and watch as the simplicity of local life unfolds before your eyes.

After days of exploring, you’ll probably be ready to collapse on a beach and spend a few days soaking up the sun. Kovalam in Kerala is a fabulous option, its palm-fringed beaches are washed by turquoise waters and the town offers a good selection of restaurants and shops.

Wherever in India you choose to travel, you’re in for a feast of culinary delights. Packed full of flavour and variety, Indian cuisine is amongst the best in the world. Using fresh, local ingredients and aromatic spices, dishes vary from region to region. In the north you’ll sample meat and vegetables simmered in tomato, onion and yoghurt-based sauces, while in the south, dishes laced with coconut and chilli are sure to tantalise your taste buds. 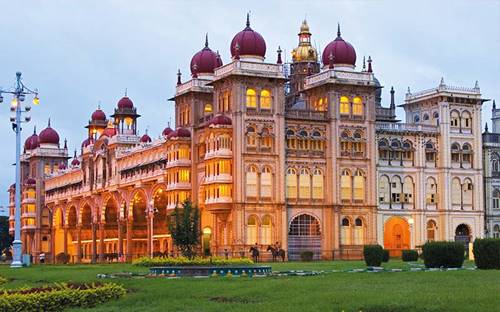 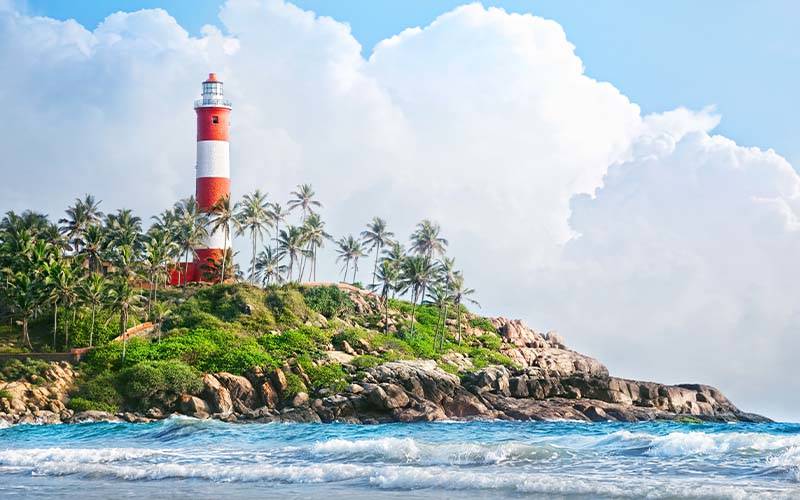