The Galapagos Islands are arguably the world’s ultimate wildlife-watching destination, and a trip to this amazing archipelago is likely to be one of the most amazing adventures you ever have. Here’s our guide to some of the incredible creatures you might see.

Perhaps the most famous resident of the islands, the Galapagos giant tortoise can grow to nearly two metres in length and can often be seen roaming free in the Santa Cruz highlands. In 2012, the most well-known of the archipelago’s tortoises ‘Lonesome George’ sadly passed away. He was around 100 years old and his species, the Pinta Island tortoise, became extinct.

Three types of booby are found on Galapagos, but with their large, brightly coloured feet, the blue-footed species is one of the easiest to spot. Look out for them diving for fish and nesting along rocky coasts. 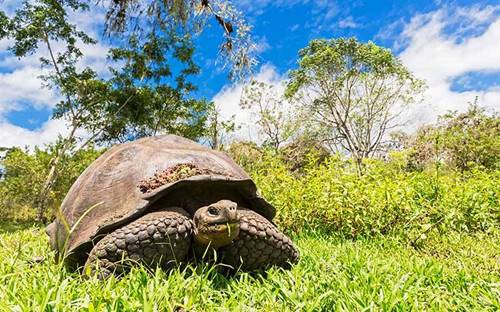 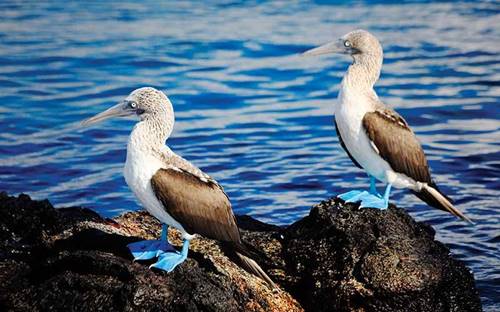 This loveable little creature is one of the smallest species of penguin in the world. Endemic to the Galapagos Islands, they are found mainly on Isabela Island and live in coastal crevices and caves.

With their huge wingspan, the magnificent frigatebird can spend days at a time on the wing. The males have distinctive large red throats, whilst females are larger with a blue eye-ring. It is thought there could be several thousand pairs on Galapagos, and they are frequently spotted by visitors.

Don a snorkel, dive into the water and keep your eyes peeled for the Galapagos green turtle. This is the only species of turtle known to breed and nest in the islands and during the mating season, females will crawl onto the beaches at night to lay their eggs.

Found in abundant numbers along the coastline of the islands, you might be lucky enough to see Galapagos sea lions swimming close to the shore or basking on beaches and rocks.

Found only on Galapagos, these yellow lizards grow to about a metre in length. They can be spotted all year round on several islands, including Isabela and Santa Cruz. 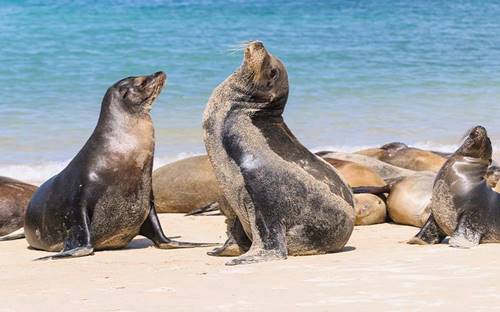