Make a Date With New Orleans

Celebrations are in the pipeline this year as Louisiana’s premier city New Orleans marks its 300th anniversary. That makes 2018 the perfect time to visit what is one of the world’s most unique, diverse and resilient destinations.

Explorers pass through the region in the 16th and 17th centuries but it is the French coloniser Jean-Baptiste Le Moyne de Bienville who founds the city.

The city is all but destroyed by a hurricane. The subsequent rebuild sees the streets laid out in a grid pattern, creating what we now know as the French Quarter. New Orleans is made the capital of Louisiana.

Control of the city passes to the Spanish, who will rule for 40 years.

Although its routes can be traced to medieval Europe, Mardi Gras’ heart lies well and truly in New Orleans. The earliest reference to it as a ‘carnival’ appears in a report to the Spanish colonial governing body.

Napoleon negotiates with Spain, and France is given back control of the territory but not for long…

New Orleans is sold to the United States in the Louisiana Purchase.

Louisiana enters the Union, as the 18th state.

‘The Washington’ sails up the Mississippi ushering in the golden age of the steamboat. By 1840, New Orleans is the second-largest port in the USA.

Homer Plessy, a man of mixed racial heritage, boards a ‘whites-only’ section of a train, declares himself to be one-eighth African and is subsequently arrested. This stand against segregation will become one of the most famous acts of civil disobedience in American history.

Although no recordings exist, New Orleans native Buddy Bolden begins playing what is believed to be the original jazz music. This genre sweeps the nation over the next few decades.

Ernest Morial is sworn in as New Orleans’ first African-American mayor. His son Marc becomes mayor in 1994 and is re-elected in 1998.

Disaster strikes in the shape of Hurricane Katrina, one of the deadliest storms to ever hit the US. Over the years that follow, the city is rebuilt and regains its spark.

As New Orleans marks its 300th anniversary, it is named as one of the must-see destinations by 25 influential travel and lifestyle publications. What better year to visit the ‘Big Easy’ and celebrate the resilience and resourcefulness of its people.

We'll take you there... Visit the USA 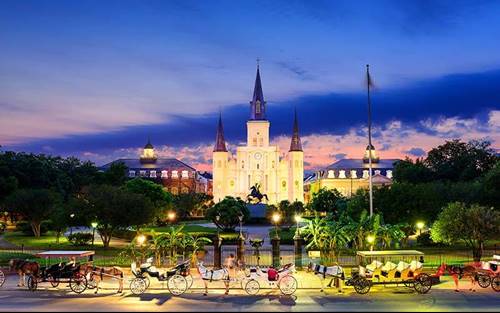 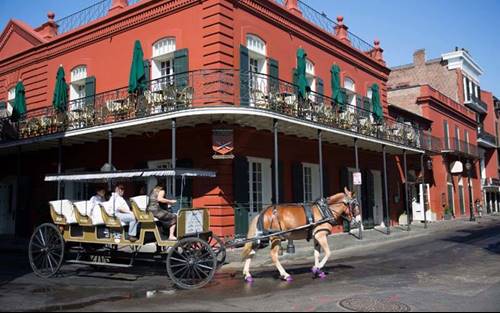