Explore the past in historic cities, sample seasonal food and take in epic landscapes, eastern Canada is the place to be.

As vast as it is beautiful, Canada offers spectacular landscapes, from mountains to forests, and far-reaching lakes – and that’s before we even mention Niagara Falls, dramatic at any time of the year. You could spend a lifetime in this country – the second largest on the planet – and still only scratch the surface wandering the wilderness looking for grizzly bears and whales. But it would be a mistake to think that the epic scenery and never-ending vistas are where it ends.

History is at the core of the cities of Eastern Canada, found along the cobblestone streets of Old Quebec and Montreal, and inside grand buildings such as the Fairmont Chateau Laurier hotel in Ottawa. These are where you’ll find captivating culture, cool cuisines at pavement cafés, and some of the best food markets in the world – with that cinematic countryside always at your doorstep.

Montreal - As Far as The Eye Can See.

Cosmopolitan Montreal pre-dates the birth of Canada by almost 200 years, and a fitting place to explore the city’s history are the lanes of Vieux-Montréal. Many of the buildings here date back to the 1600s, about a century after Jacques Cartier travelled up the Saint Lawrence River and established New France. If you head to Pointe-à-Callière you’ll be on the exact spot where the city was founded in 1642 by Paul de Chomedey de Maisonneuve and Jeanne Mance. The permanent exhibits in the museum include the remains of Fort Ville-Marie revealed through a glass floor.

How the French introduced Christianity to the First Nations people is told in the stunning stained-glass windows of Notre-Dame Basilica, a masterpiece of Gothic Revival architecture and considered one of the most dramatic cathedrals in the world. Back on the streets, the pavement cafés serving croissants and tartines reveal how much of the French influence survives in the food.

More history – and a French colonial-style garden – awaits you in the early 18th century Château Ramezay. But walk, or travel by taxi, to the top of Mont Royal and it’s the history of the land that will greet you through the staggering views from the top of the extinct volcano. On a clear day, you can see as far as Vermont. 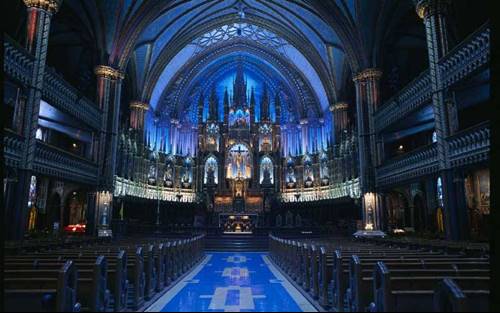 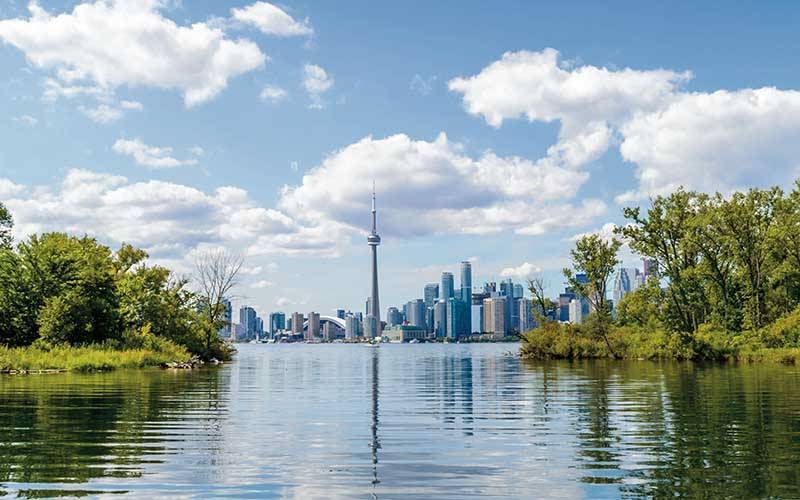 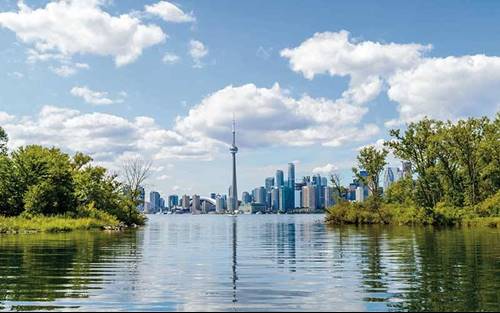 Speaking of views – and it’s why so many people come to Canada – ones of a different kind can be found in Toronto. From the top of the CN Tower, you’ll get panoramic vistas from the floor-to-ceiling windows on the LookOut Level, 343 metres above the streets. Until the Burj Khalifa reached for the skies in 2007, the CN Tower was the tallest free-standing structure in the world. But the staggering experience doesn’t end at the LookOut Level. Ride the high-speed lifts to the Sky Pod and the interpretive exhibits will tell you what happens when the building is struck by lightning! It’s a contrast to the typical vistas on the city’s doorstep, whether you’re flying above Niagara Falls in a helicopter or cruising behind a curtain of water on the Maid of the Mist.

Feet firmly back on terra firma at the bottom of the CN Tower, a ride on the streetcars is the way to experience the sprawl of one of Canada’s most multicultural cities. Away from landmark monuments, such as the Romanesque Old City Hall, Kensington Market is where to go for restaurants serving food from Chile, Brazil, Asia, Mexico and the Middle East. Meanwhile, a walk on The Beaches Boardwalk will give you lovely views across the lake.

To experience any destination at its best, it’s good to sample what the locals eat – and what they like to share with their visitors. And there’s no finer place to do this than Quebec City, known for its walkable streets behind the old city walls, and the Breakneck Steps linking the historic Lower Town and Upper Town.

You can find good farmers’ markets throughout the city, along with a fantastic selection of restaurants, from stylish fine dining venues with expansive wine lists, to al fresco diners serving homely fare to the sound of live music. The daily Old Port Market has moved from its historic location and is now in ExpoCité, but a shuttle departs from Place d’Armes in front of the Château Frontenac every hour and will get you there in no time. A chat with the friendly vendors is the way to learn about the seasonal produce, including the maple syrup they source from the surrounding forests. 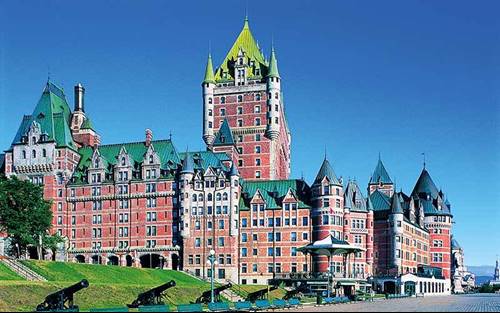 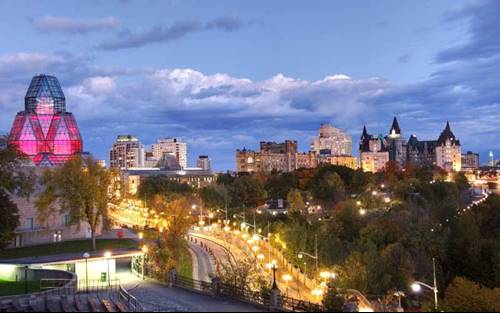 If food is the way to your heart, then culture is surely the gateway to the mind. As Canada’s capital city, Ottawa has more than its fair share of cultural attractions, including seven of the country’s nine national museums. To learn the history of the entire nation, including the greatest achievements of the indigenous First Nations people, the Canadian Museum of History has interactive exhibits and a 3D cinema.

Across the river, you can find the most comprehensive collection of art in the country at the National Gallery of Canada, with a good selection of works by indigenous and Asian artists as a reflection of the nation’s cultural diversity. It will put you on the doorstep of ByWard Market, a fabulous place to grab a bite to eat, or enjoy a micro-roasted coffee, before a visit to the National Arts Centre opposite the National War Memorial. It’s the only bilingual performance arts venue in Canada and showcases hundreds of events every year. You can choose from dance shows, concerts by the resident orchestra, Broadway musicals, and indigenous festivals and theatre. It’s a great place to spend an evening.

Explore all of the best sights with an Eastern Canada Escorted Tour.

Let us take you there...