We pride ourselves on finding the best hotels for our customers. They are either located in the heart of a destination or simply ooze character and charm. The family-run Aequa Hotel in Vico Equense is no exception and it has a fascinating story to tell.

It was in the 1930s that 40-something widow Immacolata Coppola took over the running of a villa in order to earn money to feed her four children. In what is now the Aequa Hotel in Vico Equense, she would serve metre-long pizzas, which would become famous among her guests and which she would call ‘lunga lunga’. Invented right here in this small clifftop town, now they are eaten all over the world as ‘pizza al metro’.

Although not formally educated, Immacolata was a strong woman who was courageous and passionate about her land. She was excited to introduce tourists to its charms and would lead them along a mule track shaded by beech and chestnut trees that meandered from Santa Maria del Castello through picturesque farmland to Positano. This is a route that she often took as a young girl when she delivered the mozzarella made by her father’s dairy in Moiano, a hamlet of Vico Equense, located at the foot of Mount Faito. Tourists can now take a trip up to the top of the mountain by cable car for wonderful views of the Sorrento peninsula. 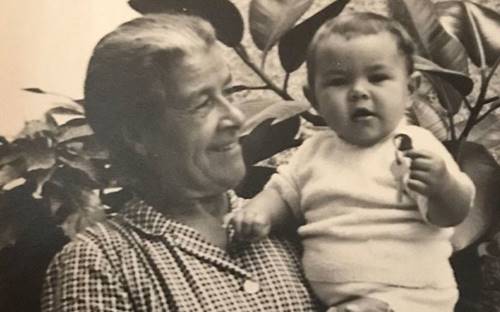 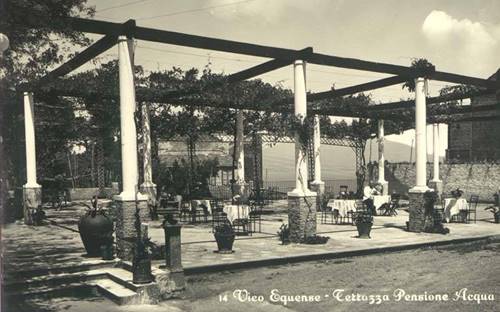 The years rolled by and Immacolata was running her own hotel when fate stepped in and sent her a visitor who would eventually reunite her with the Hotel Aequa. The visitor was a woman who had been abandoned by her husband and left to support her three children. She had returned to Vico Equense to seek help from her family and when it was not forthcoming it was Immacolata who was there to help, offering lodgings, support and friendship. A few years later, the woman’s husband returned and the pair reconciled and headed off to India. Her name was Baroness Carmela Mariottino, and her husband was a minister in Gandhi’s government. The pair’s friendship endured and when the Aequa Hotel was eventually put up for sale, it was Carmela who helped Immacolata to buy it. Although her own hotel was now up and running, she had never forgotten the Aequa, which is where she had begun her journey, and the rest, as they say is history!

Three generations of women have run this wonderful hotel, with Immacolata’s daughter, Luisa, and her granddaughters eventually taking over. It is now her great-grandson Leonardo at the helm, and he is delighted to welcome visitors to this place that was so loved by his great-grandmother. Always happy to stay put in her beloved Italy, travelling was not for Immacolata, and when her young nieces would dream of heading to far-off lands, she would say ‘what is this urge to travel when I have brought the world here?’ As you sit beneath the wisteria-clad terrace taking in views over Mount Vesuvius and the Bay of Naples, you’ll probably understand why she had no desire to leave. 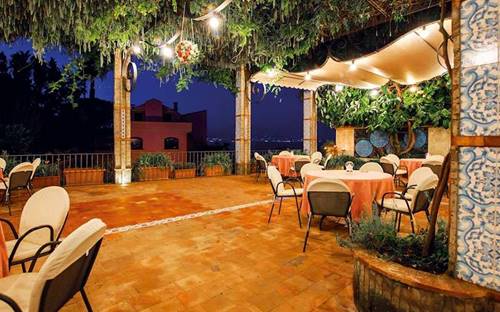 We'll take you there