“The most beautiful thing in the world is, of course, the world itself” – Wallace Stevens

The recent pandemic meant that many travel plans were put on hold. Now that countries around the world are starting to open their borders and welcome visitors with open arms, we share a few epic adventures you could take on a tour in 2022 – isn’t it time to take a look at your bucket list and rediscover the world?

Where do you start with Canada? Ottawa, Canada’s capital, is a city with a welcoming mix of vibrant neighbourhoods and historic buildings. Quebec is the only fortified city north of Mexico, its cobblestone streets, wonderful heritage and lively French-Canadian culture make it a delight to explore. Toronto and Montreal also possess their own unique personalities for travellers to enjoy as they uncover some of the city’s secrets.

Head west to Alberta and British Columbia and you’ll feel like you are in a different country. There is no better way to describe the Rocky Mountains other than spellbinding. Set high in the mountains is Lake Louise, surrounded by towering peaks and famed for its glacial turquoise waters. There’s always time to take a walk alongside the lake or enjoy an ice-cream from the Fairmont Hotel. A gondola ride up Sulphur Mountain provides picture perfect panoramas of Banff National Park. Why not take the opportunity to board a helicopter to enjoy a birds-eye view of the mountains, flying close to the three sisters peaks. And if that wasn’t enough – you have to take a trip aboard the Rocky Mountaineer giving you the chance to ride through dramatic canyons and alongside rivers on a journey from Banff to Vancouver – remember to keep an eye out for grizzly bears and other Canadian wildlife.

Immerse yourself in India

There is so much to see and do on a tour to India where the breath-taking sights of the Golden Triangle right through to the peaceful backwaters of Kerala provide an incredible contrast of life in India.

The modern wonder of the Taj Mahal is magnificent to behold – you can’t appreciate the intricate details adorned on its walls until you get up close. It really is a monument of love. Though the Golden Triangle is more than just Agra and has an array of sensational sites – Fatehpur Sikri, the Amber Fort and Humayun’s tomb to name just a few. Time in Ranthambore offers the chance to go in search of the elusive Bengal tiger but keep your eyes peeled - you may also spot leopards, hyenas, the Sloth bear and more.

Head to the south where you’ll find the city of Cochin, affectionally known as the ‘Queen of the Arabian Sea” and Kovalam that showcases a more relaxed side to this country with a gentle backwaters cruise. This really is a different side to India for you to enjoy. 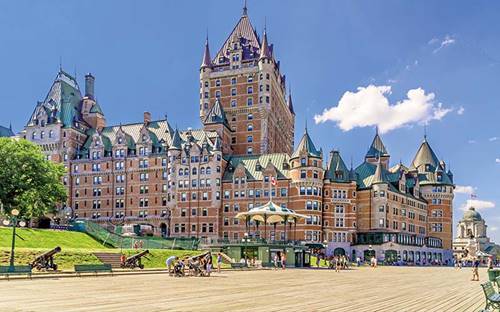 Uncover Italy from Top to Toe

Ask people what’s the most iconic city in the world, and we’d be surprised if Rome wasn’t in the top three, with the Colosseum top of their sightseeing list. Venice is another must-see destination – a one-of-a-kind city that seemingly floats on a maze of canals. Art-lovers simply must take a tour to Florence, where it is said that 60% of the world’s most important artworks reside, and history buffs are drawn to a holiday in Pompeii, its wonderfully preserved streets take you on an eerie stroll back in time. Italy has spectacular scenery all sewn up in a patchwork of pretty countryside, dramatic coastlines, sparkling lakes and idyllic beaches. Discover Tuscan hills dotted with cypress trees, travel through medieval hilltop villages lost in time and zigzag along the Amalfi Coast for vertiginous views.

From top to toe, a grand tour of Italy is hard to resist - the cities, the landscapes, the language and the lifestyle. There’s nothing better than sitting in a café off one of the piazza’s enjoying a coffee or gelato watching the world go by.

The mesmerising highlights of Australia

If you’re travelling to the other side of the world, it makes sense to for your holiday to be a once in a lifetime epic adventure. From Perth to Cairns, Uluru and the Great Barrier Reef there is so much to experience and a guided tour to Australia will make sure you don’t miss a thing.

Perth may be one of the most isolated cities in the world, but it offers the same incredible experiences as it’s western counterparts where Adelaide, Melbourne, Sydney and even more fantastic cities are yours to be discovered. Step outside of the cities and Australia really comes into its own. The Great Ocean Road is one of the most picturesque coastal routes in the world as the winding road hugs the coastline and offers views such as the Twelve Apostles – limestone rock formations off the shore of Victoria.

Take a trip by catamaran trip to the outer Great Barrier Reef and you’ll get to see one of the largest living and most complex structures on the planet. With more than 3,000 reefs spanning from shallow waters to deep oceans and 1,500 species of fish, you have the opportunity to take a dip and go snorkelling to see this wonderful sight up close.

Taller than the Empire State Building and with a circumference of almost 6 miles, Uluru (formerly known as Ayres Rock) is an incredible red sandstone monolith in central Australia. Visit at sunset and sun rise and you’ll enjoy a truly amazing experience. 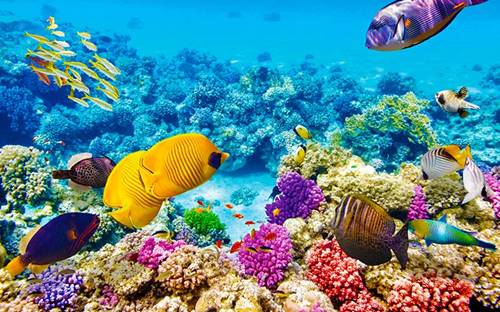 The Wonders of South America

Head on a tour to South America and the wow moments juts keep on coming. Machu Picchu has long been on many travellers bucket lists – Hidden high up in the mountains, this Incan citadel is believed to have been built in the 15th Century and after being abandoned, was rediscovered in 1911. Spend time exploring here – you could walk up to the House of Guards for a magnificent view across this world-heritage site.

Head to Buenos Aires and the sights keep coming – European influences can be widely seen in its architecture and it has a vibrant arts scene. You can visit the Recoleta Cemetery, where you’ll wander through a maze of ornate tombs, including Eva Peron’s final resting place. Head to the district of La Boca and you’ll discover a burst of colourful buildings serenaded by the music accompanying the tango dancers on the street.

Another modern world wonder resides in Rio de Janeiro – the Statue of Christ the Redeemer is a must visit. Head up the funicular and you’ll be rewarded with sensational views of Sugarloaf Mountain, the city of Rio, Guanabara Bay the infamous Copacabana Beach.

While all of these can be visited on shorter tours – a epic adventure of South America includes all of this and so much more.

Venture east for a once-in-a-life tour to Asia and you will head to Vietnam and tick all five of the ‘Hs’ off your bucket list spending time in Hanoi, Hue, Hoi An, Ho Chi Minh City and Halong Bay. In fact, an overnight cruise on Halong Bay is an incredible experience as you sail through the towering limestone karsts and watch the sun set across the waters.

Cambodia is perhaps best known for the Angkor Complex, the capital of the Khmer Empire where Angkor Wat, Angkor Thom and Preah Kan house temple ruins for you to explore. Banteay Srei stands out for its pink sandstone, Ta Prohm is well known for the trees that are growing through the ruins and of course the Bayon Temple with an estimated 200 smiling stone faces carved into its towers.

Head to Laos and an early morning start could be rewarded with the spectacle of a Buddhist alms-giving ceremony. As the sun rises, a procession of young monks in their brightly coloured saffron robes walk silently through the city of Luang Prabang collecting food prepared by the locals in their bowls – this is often shared with young children to take back to their own families. This ancient Lao tradition is an incredibly spiritual ritual and wonderful to see first-hand.

Where will you go on your next adventure? 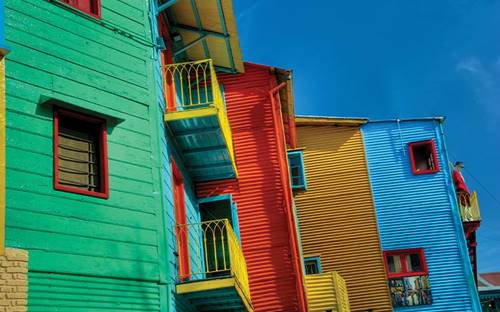 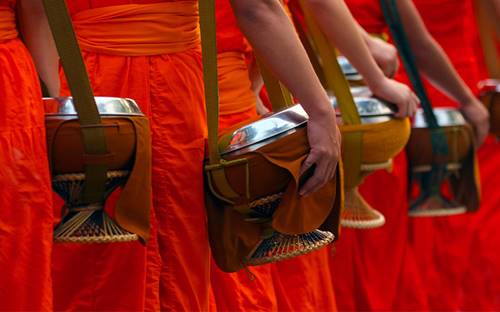 We can take you there...